Just wondering if anyone else is seeing this issue. Takes minutes to update the display after stopping listings. Sometimes I have to stop more than once. 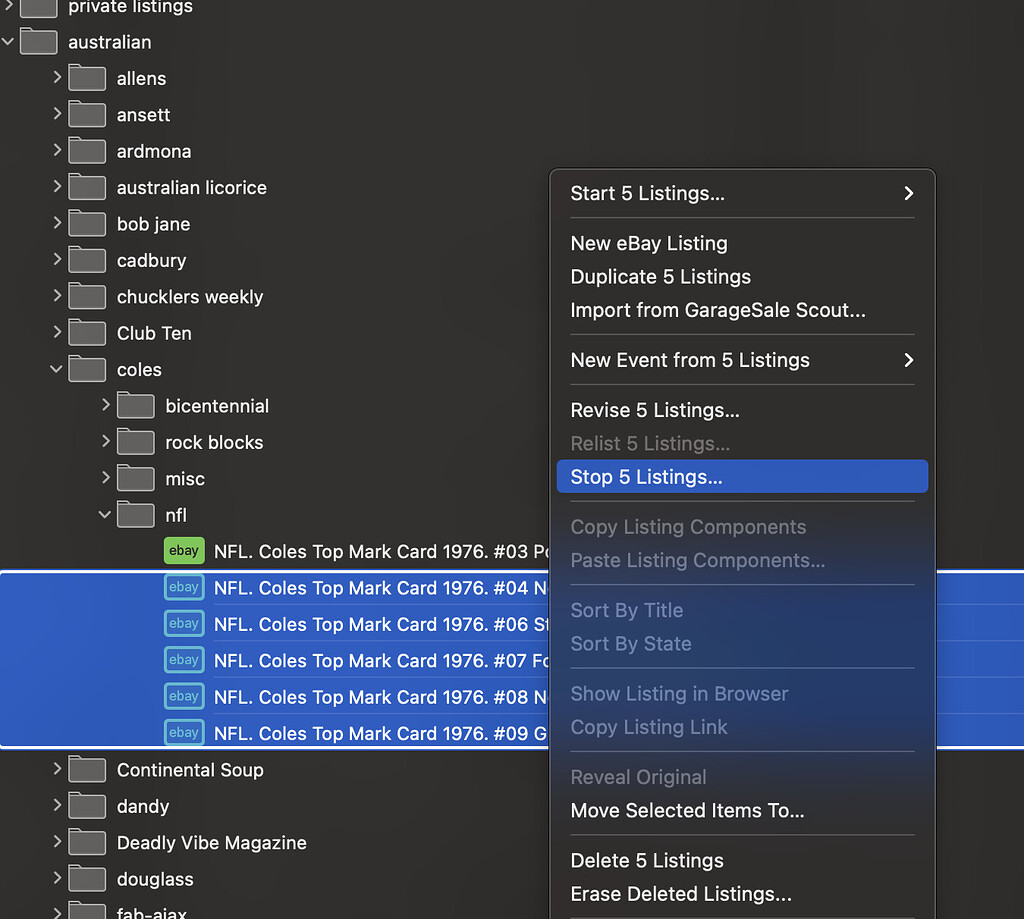 Stopping listings and screen update is a split second at most. 1 second at the most.

NO idea what is happening with mine.

I wonder if it doesn’t happen because of the 25,522 listings? I only have 761 live ones currently. Computers are fast and should be able to handle that kind of load but maybe there are many multiple computations happening and possibly a wait for communication with eBay and possible a slow server beyond your control?

That would be my guess. I was hoping the GS Team might give me some advice on how I can provide more information to them.

I tend to stop, modify and re-start about 200-300 listings every day, in a randomized sort of “marketing” thing that feels like it waves my listings around in people’s Recently Listed shopping.

The process is never fast. The API loop appears to work by stopping blocks of 10 listings at a time, by listing site. So in my case the eBay Motors listings will stop in blocks of 10 until they’re all done, then the eBay US ones, and so on.

Each loop of 10 items takes about 2-3 seconds on my machine. I have about 3000 listings, so this does indeed add up to a lot of time. But it doesn’t ever seem to fail on the eBay side, and so I think what we’re waiting for is confirmation to be returned from eBay for each block before the local version is updated.

In other words, this is to say I suspect the delay is 100% that when GarageSale asks eBay’s API handler to stop 10 at a time, we have to wait for eBay to do the database magic on their side to confirm they’re stopped, and then after it’s confirmed eBay sends a message to tell our local caller of the success before it begins the next batch of 10.

That scales poorly, but I suspect it’s the eBay dynamics that are the bottleneck.

I guess the question to ask is: how many listings are you stopping, that take a 5-minute period?

And also: I rarely have to stop any twice, though I have also done that. What I do instead is click “refresh” on the “apparently not-stopped” ones, and almost every time they have been stopped but the confirmation response was missed on my end.

That is very interesting, Bill. I would love to know if the issue can be fixed ( I don’t recollect seeing this on earlier versions. I have the problem even with 2 items.

Where are you doing the refresh?

Oh and just to add…

I do use these settings on nearly all my items now. I did not do this previously because my corrupted data base used to hang. But since the rebuild I am flying along - mostly. 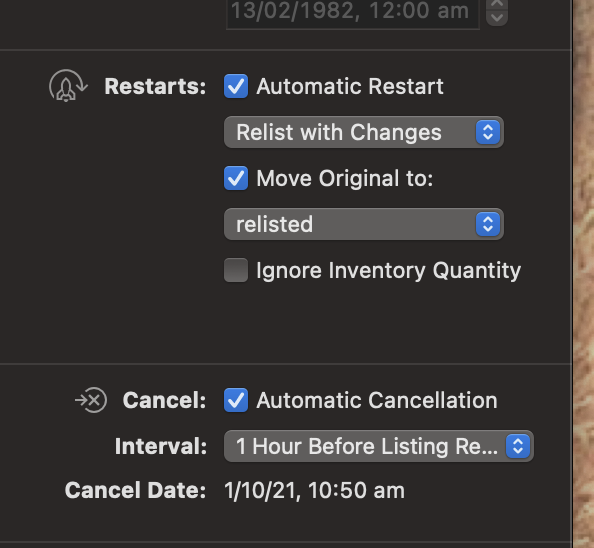 to refresh, I select the listings and use the little circular arrow in the top toolbar (sorry, am on phone and away from office). that refreshes the selected listings, like “Update All Listings” does.

But yes, the sudden change from earlier versions does seem like there may be a bug here too.

This is probably only a display issue, but better to make sure.

If you go to the listing’s webpage on eBay right after first ending the listing from with GarageSale, does the listing already appear as ended?

The listings appear as ended immediately after running the ‘stop listing’ command.
Not sure that it is a only display issue. It is almost as if Ebay is not retuning the ‘stopped’ message.

Is this ending a batch or one at a time? A single end listing for me is still a blink and the listing shows ended.

4 or 5 listings and the status lag is just the same.

This is the result of a stopping single listing. The time shown is the time it takes for the item to be marked as “stopped” in GS. Have I got a setting wrong somewhere?