Presently the title field will not let you type more than 80 characters.

The title should let you enter more than 80 characters as its easier to try different versions of the title by intitially entering all the important details you want and then mentally editing the title to be under the 80 character count.

A title with more than 80 characters will instead generate a warning that it can’t be uploaded.

As an example lets say you want to enter this information:

You can’t because its 93 characters.

You currently have to remove and add back bits and pieces because you can’t visually see all the information you want at one time.

Seeing of all of that at once it is easier to mentally compile an alternative title in your head and then making one edit, such as:

Twitter does the same thing, they let you go over their limit (pre-posting) but won’t let you post until you edit and go back under their limit.

I would also like for UPC inserted media to be automatically inserted to the title instead of having to write out the description manually. There was a time when you could add a UPC and it would auto fill the title bar with that item, then you can edit it as you see fit but at least you started with a template off inserting the UPC number.

That is why you visually scan the character count as you edit the title before you go onto a new listing. You are already doing that to construct your current titles to maximize the character count while staying under 80 characters. Or do you simply close your eyes and hope for the best?

The entire point of such a feature is to make the title field a more enjoyable and easier to use sandbox to play in.

Of course such a feature would be a preference. The title by default is locked at 80 characters. Go to preferences and disable the title lock.

You could also have a choice how a listing with more than 80 characters would be flagged.

Reminds me of writing the preferences for a USPS shipping calculator I created for Macintosh Classic, Max X & Windows XP back in the day. Here are some images of the initial draft of the manual.

It did not use a internet connection to obtain postal rates. All postal rates, shipping rules and USPS’s entire zip code matrix were incorporated into the program to give instant results - i.e., less time that it takes to click your mouse.

It had various preferences to make work quicker such as storing a from (origin) zip code so you need not have to type it in each time. It also allowed you to enter just the zip code prefix of three digits as opposed to entering all five since USPS rates used only the first three digits at that time. 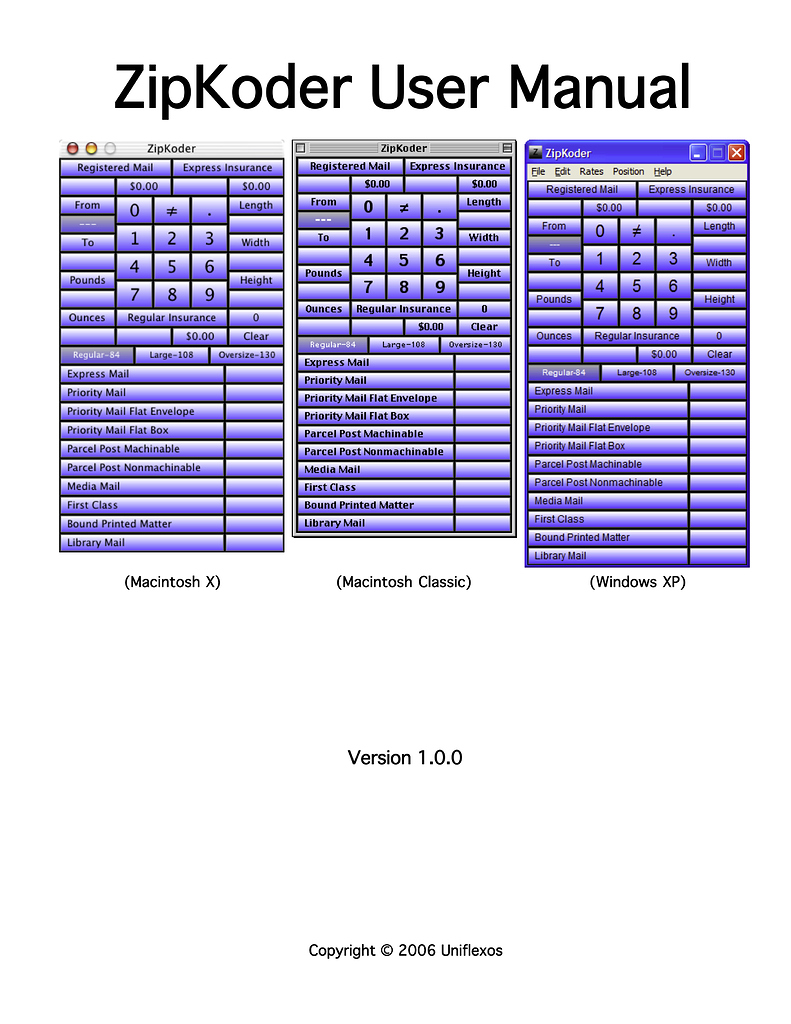 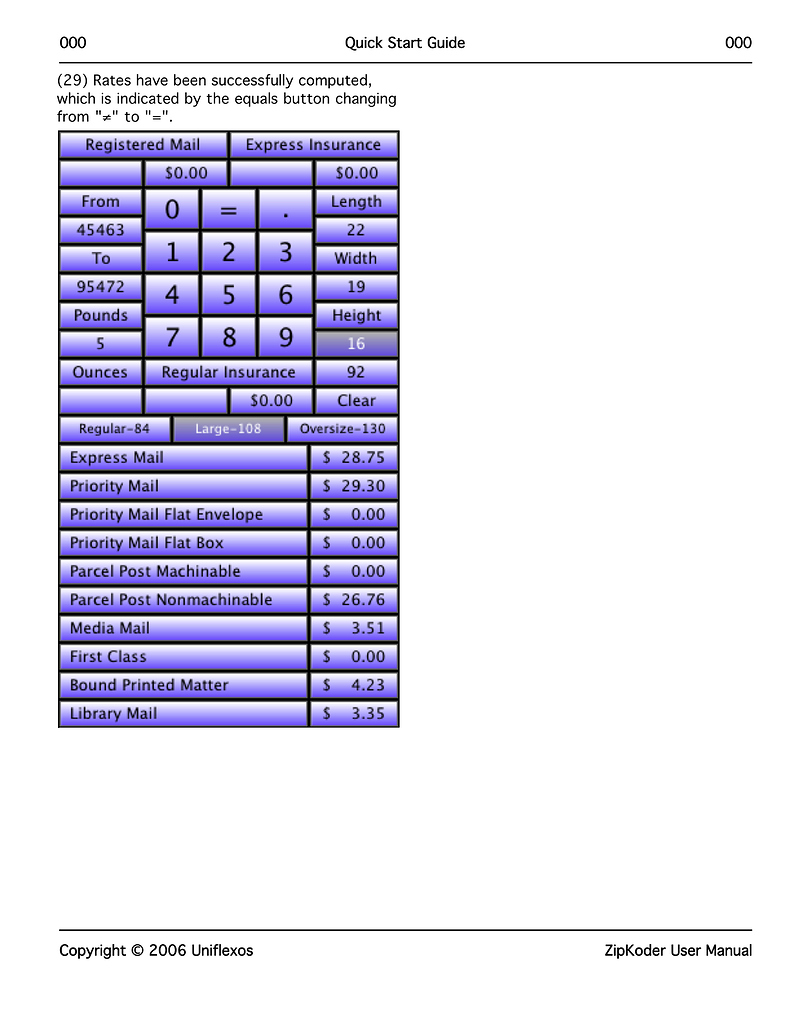 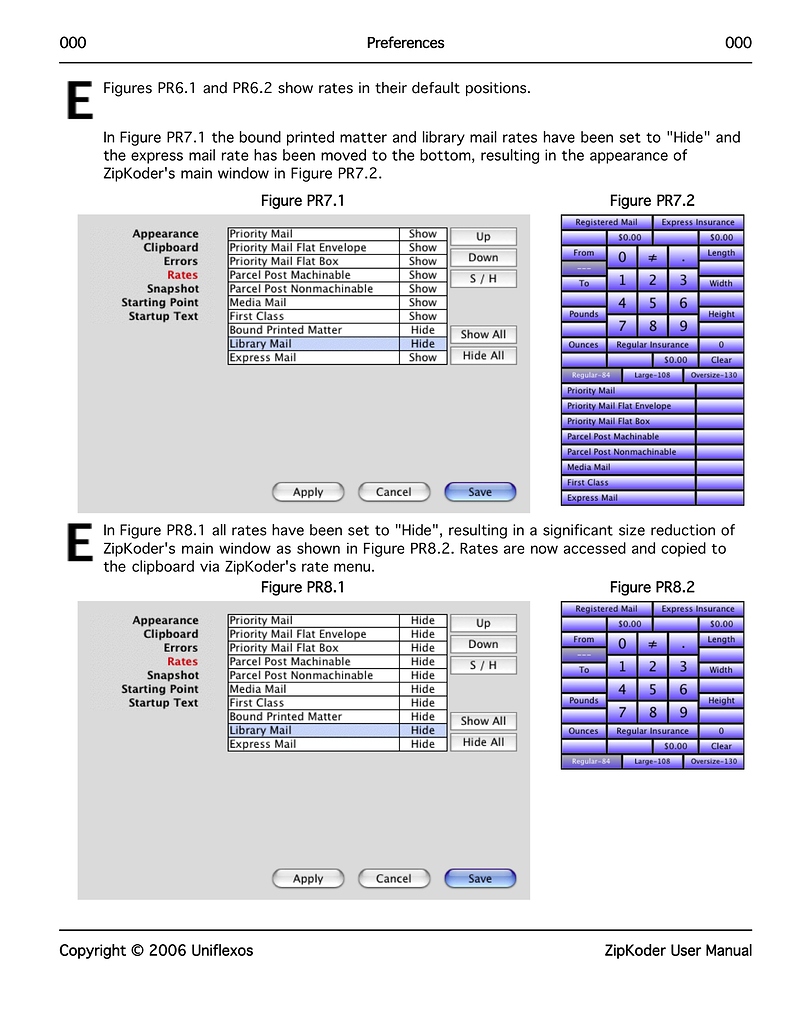 I RELY on the 80 character title limit. And the “x left” at the end to tell me how many characters I have left.

You already CAN enter more than 80 characters if you directly edit the title in the left-hand pane.

Exactly why would I want to more than double the width of the left column to 700 pixels wide just to see 80 characters?

In order to see 100 characters the left column has to be 790 pixels wide. Now GS takes up nearly the entire width of one of my 24” screens.

The center column is already wide as its used for group previews and formatting descriptions, html, css, et cetra.

As soon as you click in the title above the description the extra characters are removed.

Perhaps you missed the part about this being a preference.

We wouldn’t want to force anyone to work more efficiently.