I use two 24" screens and would like to maximize the screen space in relation to GS.

I have my templates located in a folder located at the top of the vertical column. This folder is subdivided into further levels of folders. The numbered folders below this are inventory folders, which are further subdivided with folders.

When I duplicate a template its dragged down into one of the numbered folders, which is generally the highest numbered folder as these are the most recently created listings. This means I must expand the template folder and a numbered folder within the same vertical column, reducing what can be seen even on a 24" screen.

I’d like to see the ability to open an additional vertical column. That would be a more efficient use of space as I could expand the template folder in the left column and expand a numbered folder in the right column and simply drag duplicate templates from the left to the right column with little vertical scrolling. This would expand what could be seen in the vertical columns at once by using unused horizontal space of the screen.

This also would be faster than the “Move Selected Items To…” contextual menu command as that shows all the folders in the Templates folder by default and requires me to vertically scroll past all of them to reach a numbered folder. This gets slower the lower the folder is located in the left column as there are more folders to scroll through.

Another option might be to use the additional vertical column in a separate resizable and moveable popup menu similar to the upload progress window. 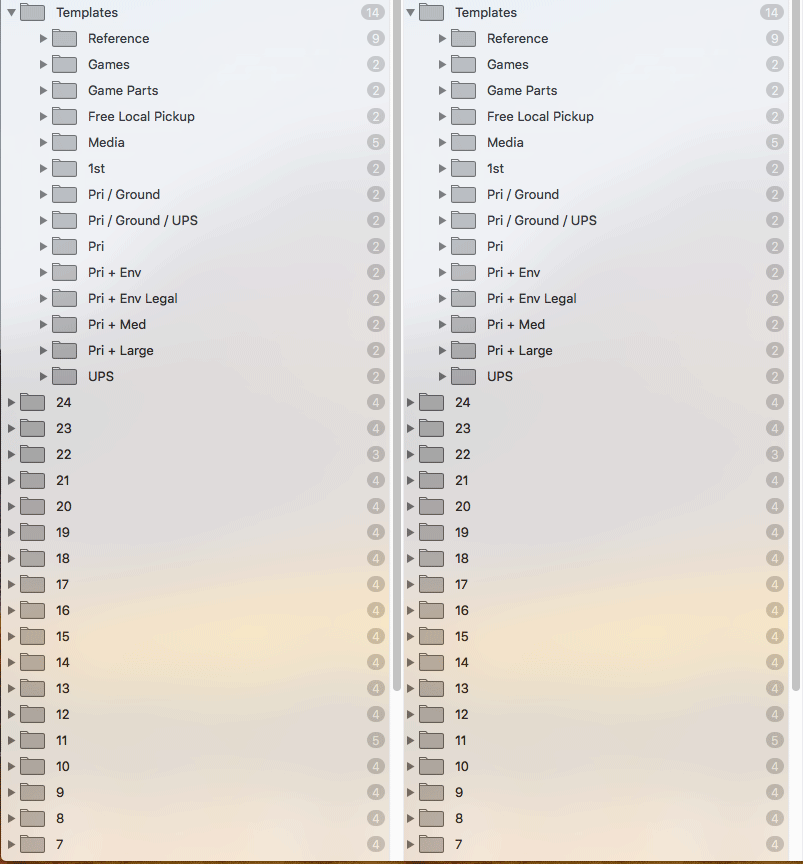 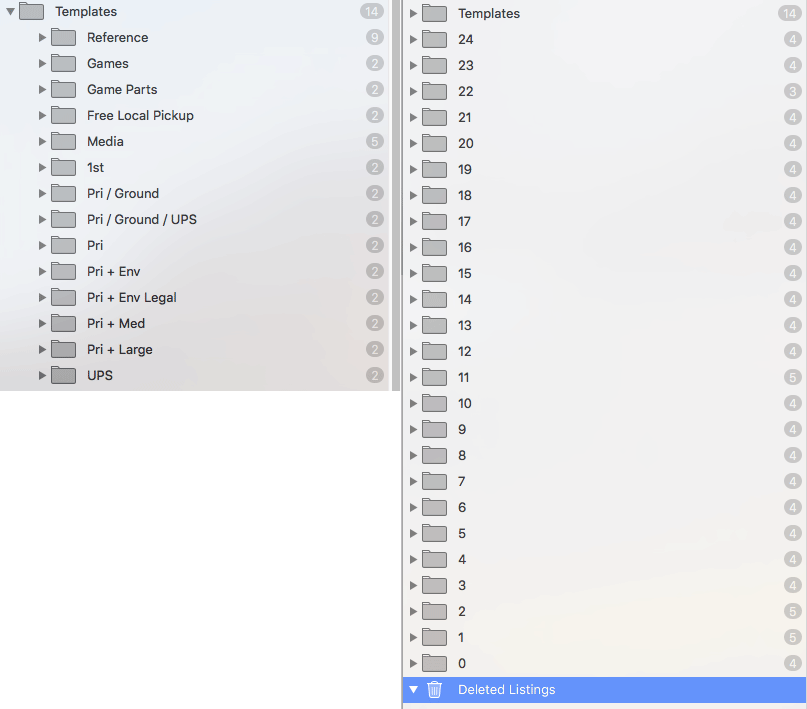 I don’t use smart groups. I’d like an option to completely hide that area as well as the “LISTINGS” title as they are just wasted space.

I am afraid having two outline views inside GarageSale’s main window would make GarageSale’s code much more complex. It might also be confusing to some users.

But how about we’d change the “Move Selected Items To…” panel, so it uses an outline view instead of the current drop down, is fully resizable and has an option to stay open after clicking the “Move” button.

You could place that window to the left of GarageSale’s main window, giving you something very similar to what you described.