Seem to be getting lots of these errors today as I try listing items: 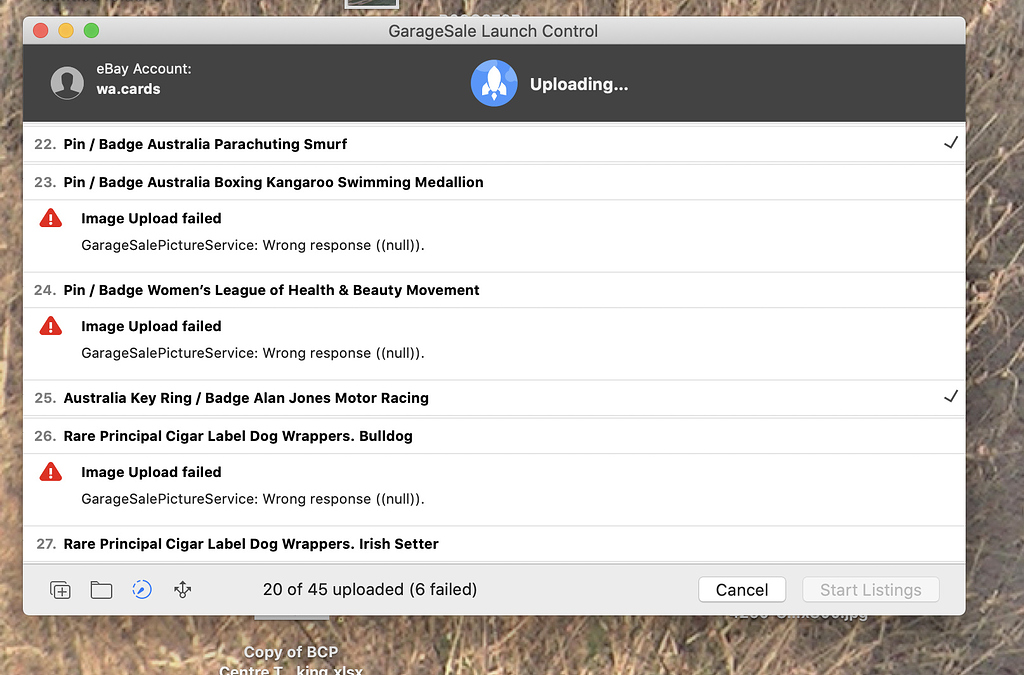 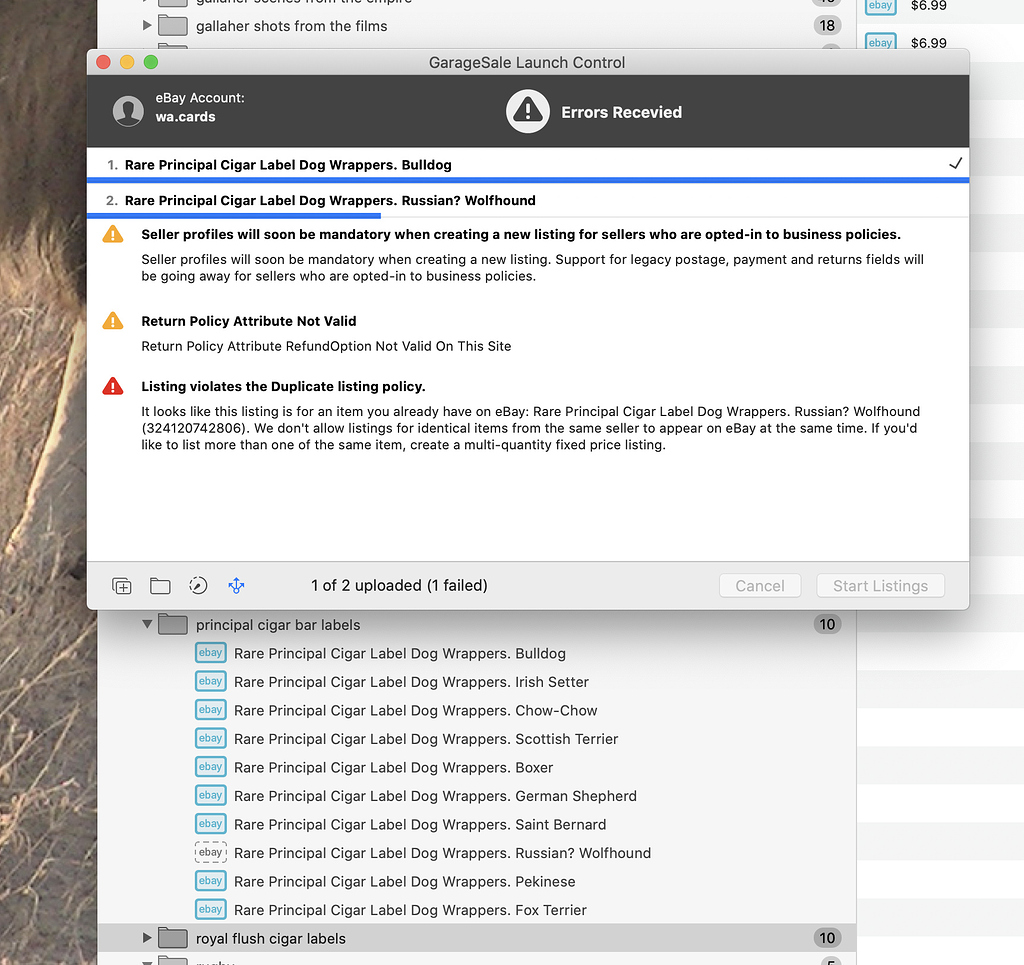 GS really slows down then and I have to quit and reopen the App.

Just to add a bit more. OI found I had some of those ghost listings which I removed at GS startup and GS seems to be behaving better.

I have a big listing day tomorrow to we will see.

We also received these when posting scheduled listings on Sunday. I launched 200 listings and 2 came back with the same message. They relaunched without issue but I suspect a server issue with the GS picture service?

Thanks. I have had dozens of them. After I removed the ghost listings I also found that

Anyway I am taking the plunge and removing both these groups. Looks like another stocktake is looming on 20,000+ items.

Suppose it is fortunate that I am in self-isolation.

Enormous improvement in GS after removing the Ghost listings.

What are “ghost listings”.

https://help.iwascoding.com/t/ghost-listings-out-of-control/5398
You may have them and not know it.