GS seems to keep randomly re-setting my quantity to zero. Large sections suddenly lose that setting, then when re-listing or revising, it won’t do it because of no quantity (thank you for putting that quantity-blocking feature though. Very useful but only if it is actually out of stock.)

Which version are you using? I already pointed out this problems months ago… exactly the same as you, look… 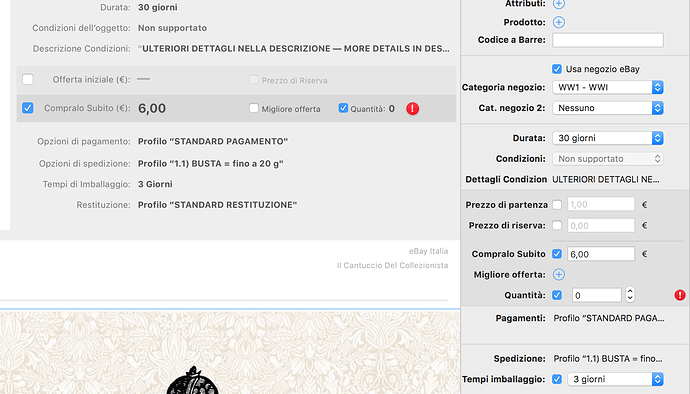 Fortunately I have just a few multiple items listings, but every time they expired, the relisting sets quantity to zero and so they don’t relist at all. It’s months I don’t list multiple listings so I don’t know if this problem is only related to those listings you created with a beta (or very old) version of if it still exists also for newly created ones… anyway, I have those 5-6 listings that every time they expire I have to manually change the quantity… I told about this months ago, I don’t know where that listings went…

found Some new bugs and problems - #3 by fedege96 look, since January I still have troubles with the same listing!!

can you reproduce this issue somehow? Here are some question that should help us to track this issue down:

Does it appear only in listings that has linked an inventory item or not?

No, none of mine are linked to inventory items

Is this listing running or just prepared? Maybe the value is updated from eBay?

I have found that whole blocks of listings will change - active and not. There will be a block of hundreds that are re-set then the rest fine

GarageSale handles items with a quantity of 0 the same way as it would when it has a quantity of 1. But you use auto-relist, right? So the issue is that no relist will be triggered after the listing ends?

Yes, exactly. And when manually re-listing, I have to change the quantity or it won’t upload

This just started happening about a week ago. I think I had force quitted GarageSale a few times shortly before this problem started. Maybe the force quitting messed something up on my system or database?

This is from attempting to revise items so the quantity was reset while the listings were running. Therefore it isn’t an issue with the auto-relist. 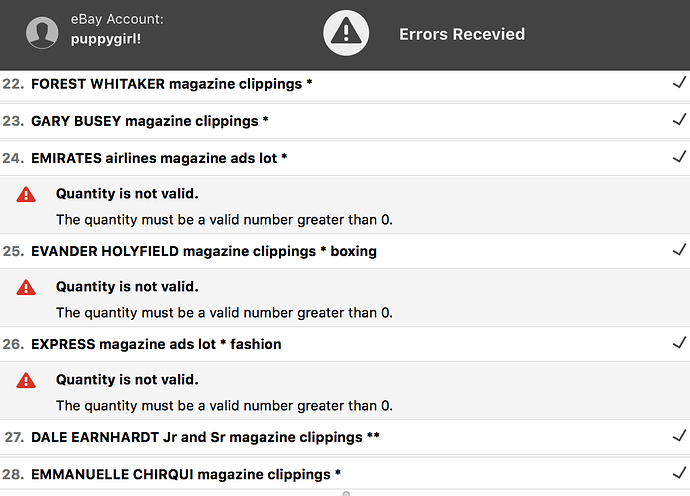